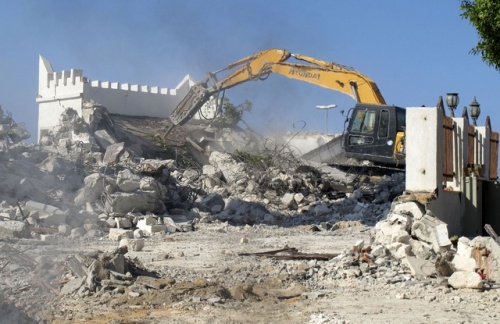 Time and time again after an atrocity caused by terrorism such as the recent mass killing in Paris, our Western political leaders make some sort of fiery declaration about how we can’t let the extremists destroy our way of life.

Recently the president of France made it clear that this war is not a battle between civilizations as Senator Rubio recently said, because the terrorists do not represent any civilization. i appreciate such cleverness. He means that the terrorists are quite uncivilized, even animals, and of course the West is the pinnacle of civilization.

While i am all for defeating terrorism because i love my neighbor as myself, no matter who it is or how civilized they are, i’m not sure i can buy in to the ‘preserving our way of life’ argument anymore. We are increasingly becoming a civilization not worth defending in and of itself! or i should say we are increasingly losing our right to call ourselves a civilization at all.

This past week i realized that my kids have school events scheduled for every wednesday of Advent. I’m not a prude. i have no problem if once in a while there is an interference between a school event and a church event. I’m a good participating citizen and encourage my members to be the same. but every wednesday! And for what? the elementary holiday program usually consists of poorly done performances celebrating banal themes. i would much rather have them recite Marx on the evils of religion. no i’m not joking. This is what i’m fighting to preserve? banality really.

Our heroes are people who play heroes on t.v. We humiliated women all over the globe by naming someone who is not a woman at all as woman of the year. we have raised children who no longer can handle conflict in life. they can no longer argue for or against ideas but instead demand to be protected from ideas they don’t like. we are raising barbarians, maybe the worst kind of barbarians – weak ones.

Meanwhile people freak about illegal immigrants, syrian refugees, and Isis plots that might destroy our way of life. Guess what? there isn’t anything here anymore! The enemy is within. it is us.

Rome finally fell to the Barbarians long ago. But its not like it was a big war. The Barbarians were already inside Rome! they had already taken over. the barbarians today are not the immigrants and refugees. We are the Barbarians! We don’t need to wait for the Taliban to blow up our historical monuments, we are doing it regularly as we tear down the study of logic, we no longer teach plato, we run away from any talk of any religion as if it has no place in an enlightened civilized society. instead we teach a new religion that is based on one basic belief – we are animals. if we finally succumb to that truth we will treat each other like animals. we have already begun to do that as we kill our weak.

I’m not in any way calling for a return to a Christian society. nor am i putting the blame for our crumbling society on atheism. i would rather hang out with a bunch of atheists than people whose gods are hollywood stars and football heroes as they pass their life away without reflection or examination.

The war is over between civilization and barbarians. the barbarians won some time ago. They have been among us for a while. Welcome to the dark ages.